To the Awakened Ones,

We are very pleased to announce the invitation opportunity presented to Follow The Awakened, by TASCAM, Earful Mastering, and the 2018 NAMM Show, to be a performing artist between January 25th through January 28th, at this coming event.

2017 has been such an amazing year for the band, between the recording sessions, the live shows, the release of our debut album 'Cognitive Reconstruction', the relationships we have developed with some of the hardest working manufacturers in the music industry, and the stability of becoming a legal entity.

We are looking forward to bringing a unique way of performing, that will be refreshing to both the listener, as well as us as performers and the interaction that comes with such an honorable and respected event worldwide.

Further details will be announced as soon as we have confirmation on Set times, and location, for each day of NAMM 2018.

Keep your eyes opened and lets begin this journey into the new year together, Arise Our Brothers, Our Sisters, Our Family, Our Blood. 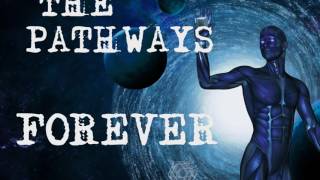 Brace yourself for the 'Cognitive Reconstruction'

Follow the Awakened to perform "Cognitive Reconstruction" in full

Earful Productions and Follow the Awakened Live show a success!

Follow the awakened kick off the long road to New York!

Help Follow the Awakened get to Manhattan September 6th for Metal Allegiance!

J A Stern, Representing the band and signing the contract! Don't miss out on friday June 22nd 20

The first video of the KORG Kronos has surfaced!